Last night Lawyers for Forests and the VFA launched our joint legal guide for community groups wanting to legal action to protect forests and wildlife from logging. It was a special evening with fantastic speakers. The event was MC'd by Julian Burnside QC. We heard from Vanessa Bleyers from Lawyers for Forests who played a significant role in the development of the guide and who has years of experience taking on court cases to defend forests and the environment. She ran us through how the guide can be used, and the importance of demystifying the legal process to better understand how it works, and what to expect when taking on a legal case. 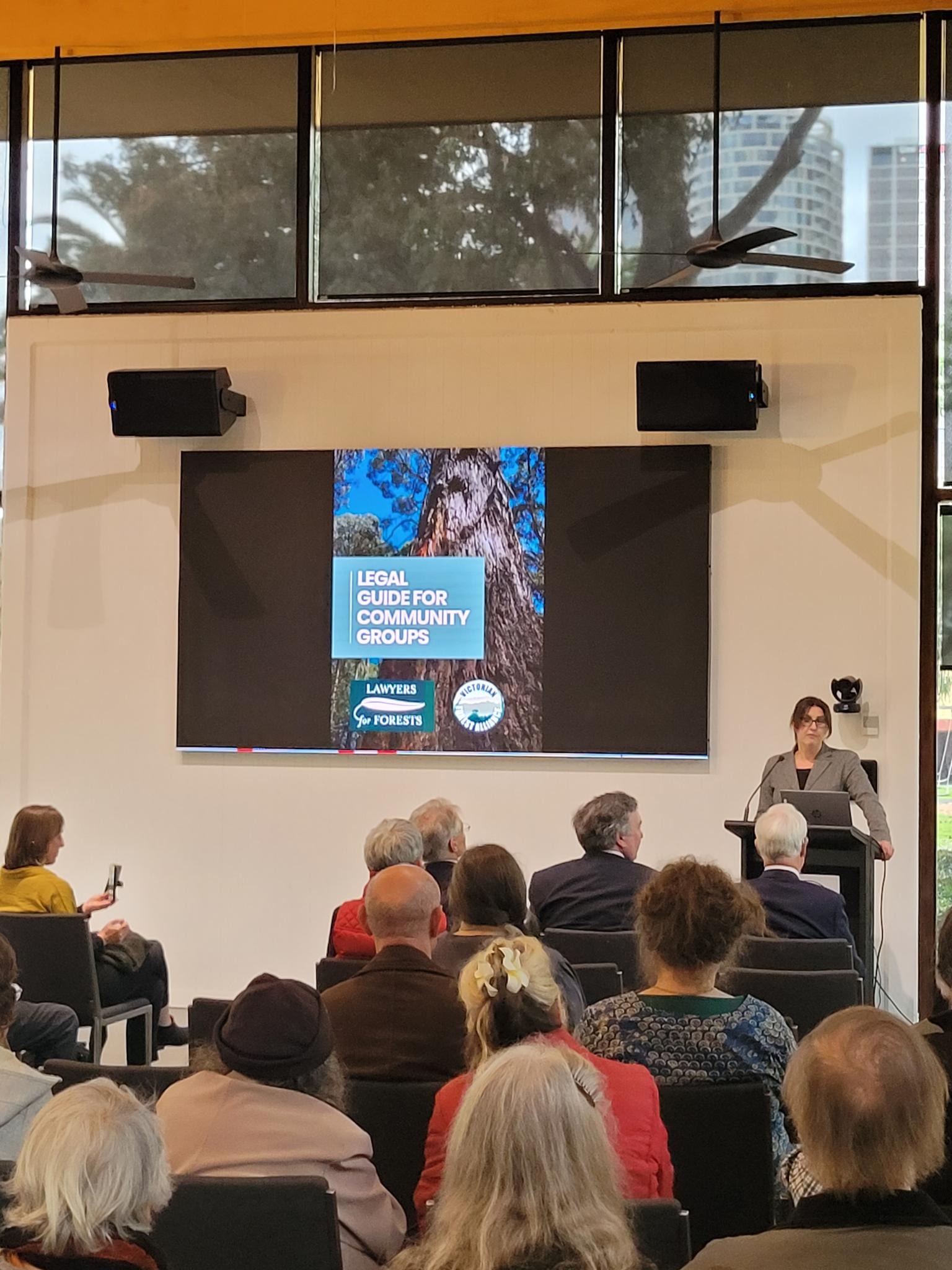 Nic Fox president of Warburton Environment and the VFA shared the inspiring story of their recent win in the Supreme Court for greater protections for the Tree Geebung. It was a fantastic outcome and incredible work from the local community, citizen scientists, the legal team, and generous support from all those who helped fundraise for the case. 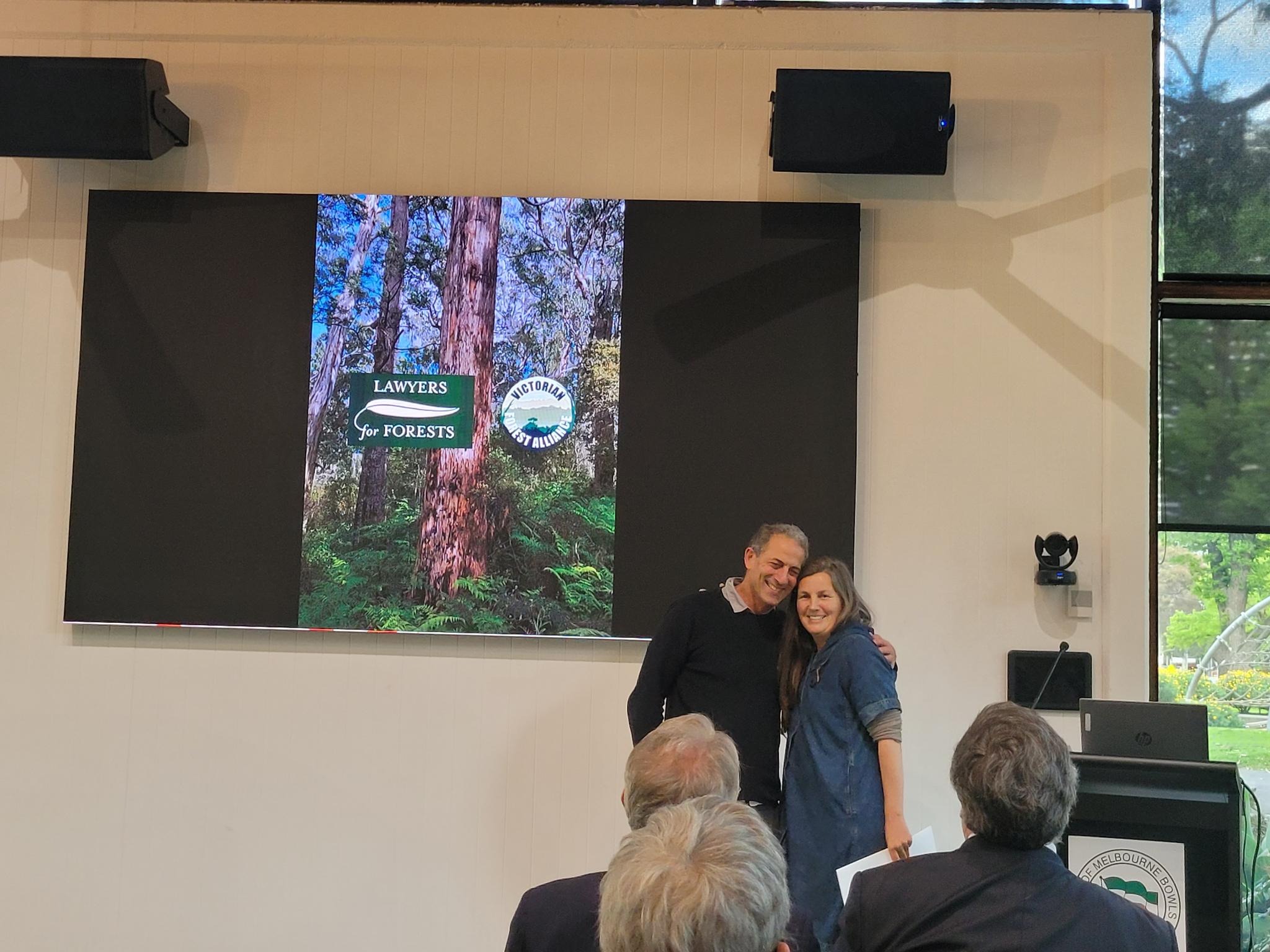 Hayley Forster from Wildlife of the Central Highlands spoke about their work surveying for wildlife and their bushfire impacted threatened species court case, arguing that government-owned VicForests have failed to protect wildlife after the devastating bushfires by continuing to log their key habitat. She touched on the mountain of evidence which has been gathered for the case, and the importance of having dedicated people with the expertise and skills to help produce and gather evidence. Closing submissions for their case will be heard next year.

Last, but certainly not least, we heard from Senior Lawyer at Environmental Justice Australia Danya Jacobs and a number of the cases they've run. Many know the the hard work and dedication Danya has put into the various cases which have had some significant outcomes and environmental protections. She spoke about the Leadbeater's Possum and Old Growth forest case. The Leadies case recently closed, with VicForests being required to pay the full costs for the case amounting to $1.65 million dollars. Despite the court of appeal upholding that VicForests broke a number of state laws, this doesn't impact the exemption logging is afforded from national environment laws under the Regional Forest Agreements.

Danya spoke of some big environmental wins resulting from the cases, including permanent protection for forests subject to the case, and Bunnings announcing they would stop selling products sourced from Victoria's native forests!

Thank you so much to everyone who made it out to this special celebration of all the hard work and dedicated legal, community and citizen science work that goes into running these cases.

These legal battles are often the last line of line defence for many areas under imminent threat from logging, and are critical to holding the government accountable to the law. You can download the LFF and VFA handy legal guide for community groups here!

We now await the judgement for the Kinglake Friends of the Forest and Environment East Gippsland court case expected to be handed down this morning. The case has halted logging in a number of areas critical for the endangered Greater Glider. Good luck KFF and EEG! 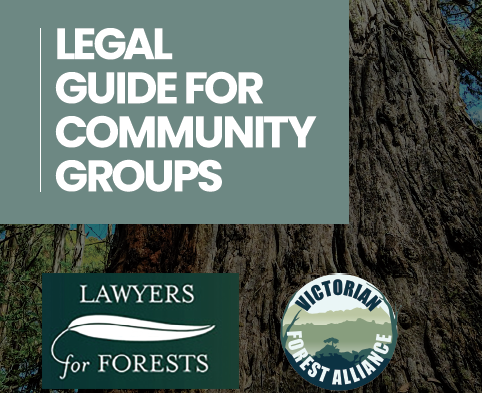