In between the madness of state election organising, our citizen science team has been hard at work surveying for threatened and endangered wildlife in forests scheduled for logging. A few weeks ago folks visited the incredible forests of Mt Delusion and Mt Baldhead near Swifts Creek on Gunnai Kurnai Country. 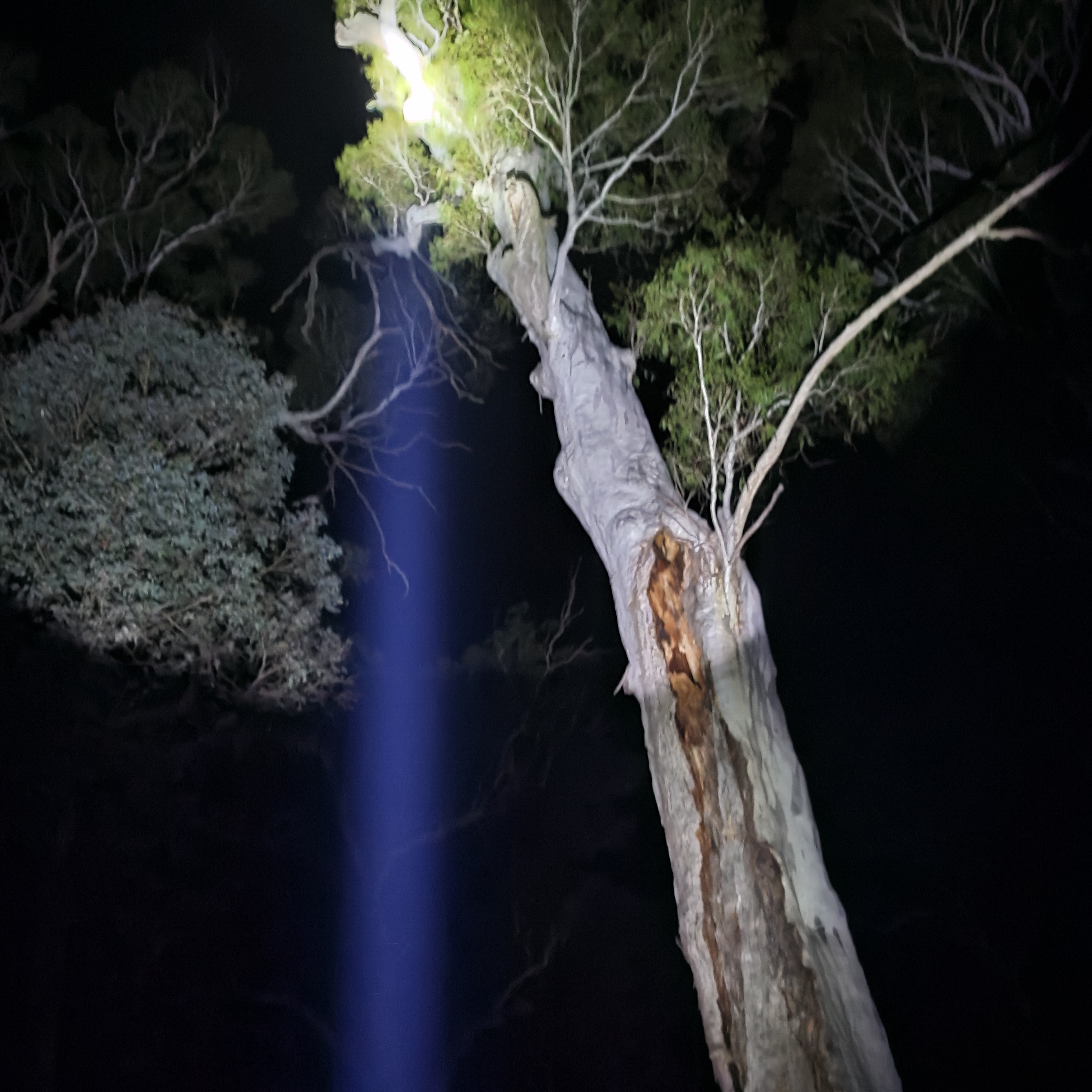 It was a great trip with the crew finding plenty of endangered greater gliders. While the Gippsland Environment Group court case continues any areas with gliders found are temporarily protected by the case. On top of gliders, surveyors also found an abandoned emu egg and beautiful bird orchids! 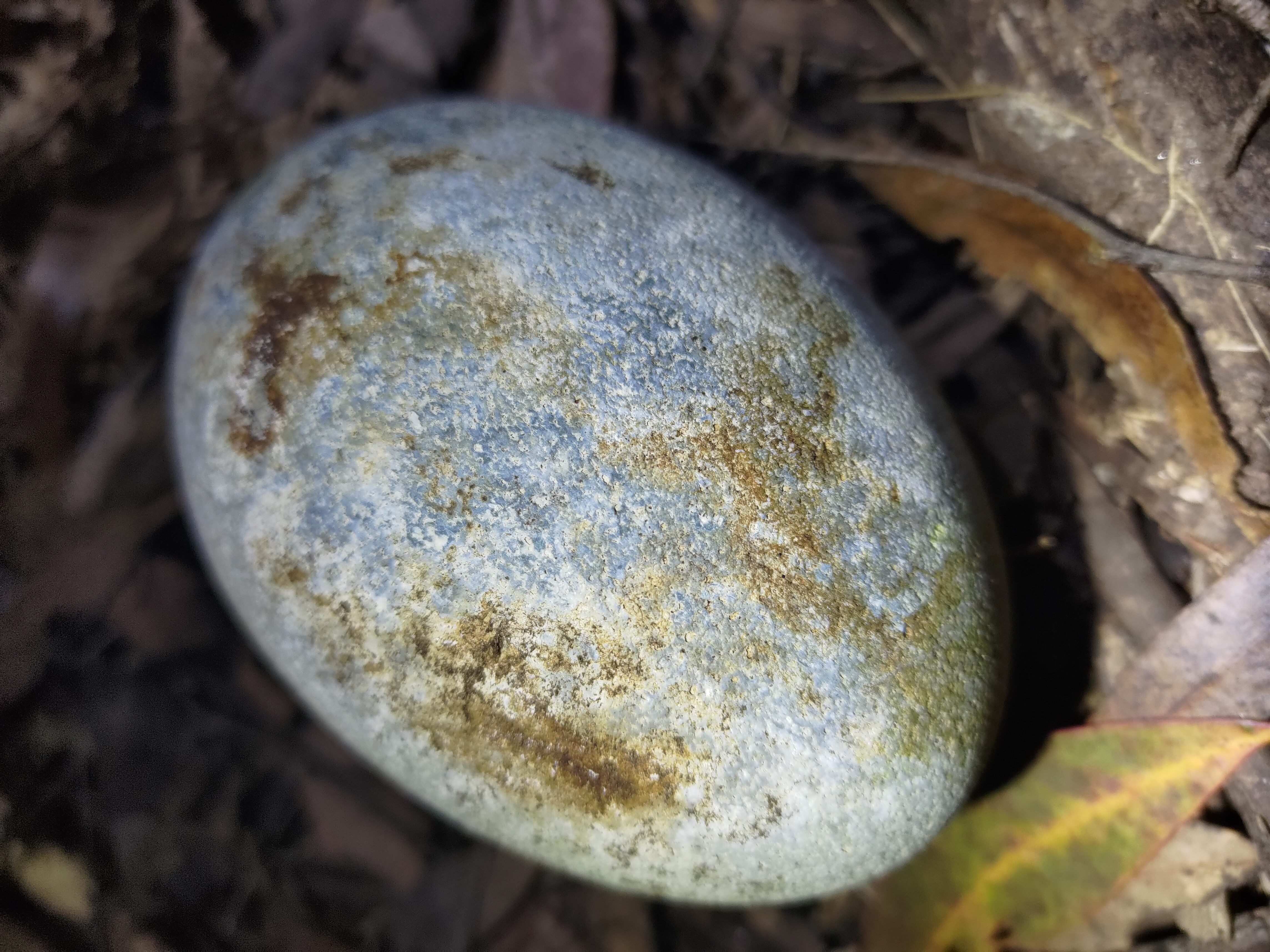 Just after the trip we celebrated the incredible results from the Environment East Gippsland and Kinglake Friends of the Forest, who WON their cases against VicForests, giving the greater glider and yellow-bellied glider much better protections from logging.

It shouldn't be up to community groups and citizen scientists to do this work, but until we see an immediate end to logging, our program will continue to survey for and protect these species, including the critically endangered Leadbeater's possum.

A huge thanks to Gippsland Environment Group and Friends of Bats and Habitat who we work closely with to survey these areas. See you in the forests very soon! 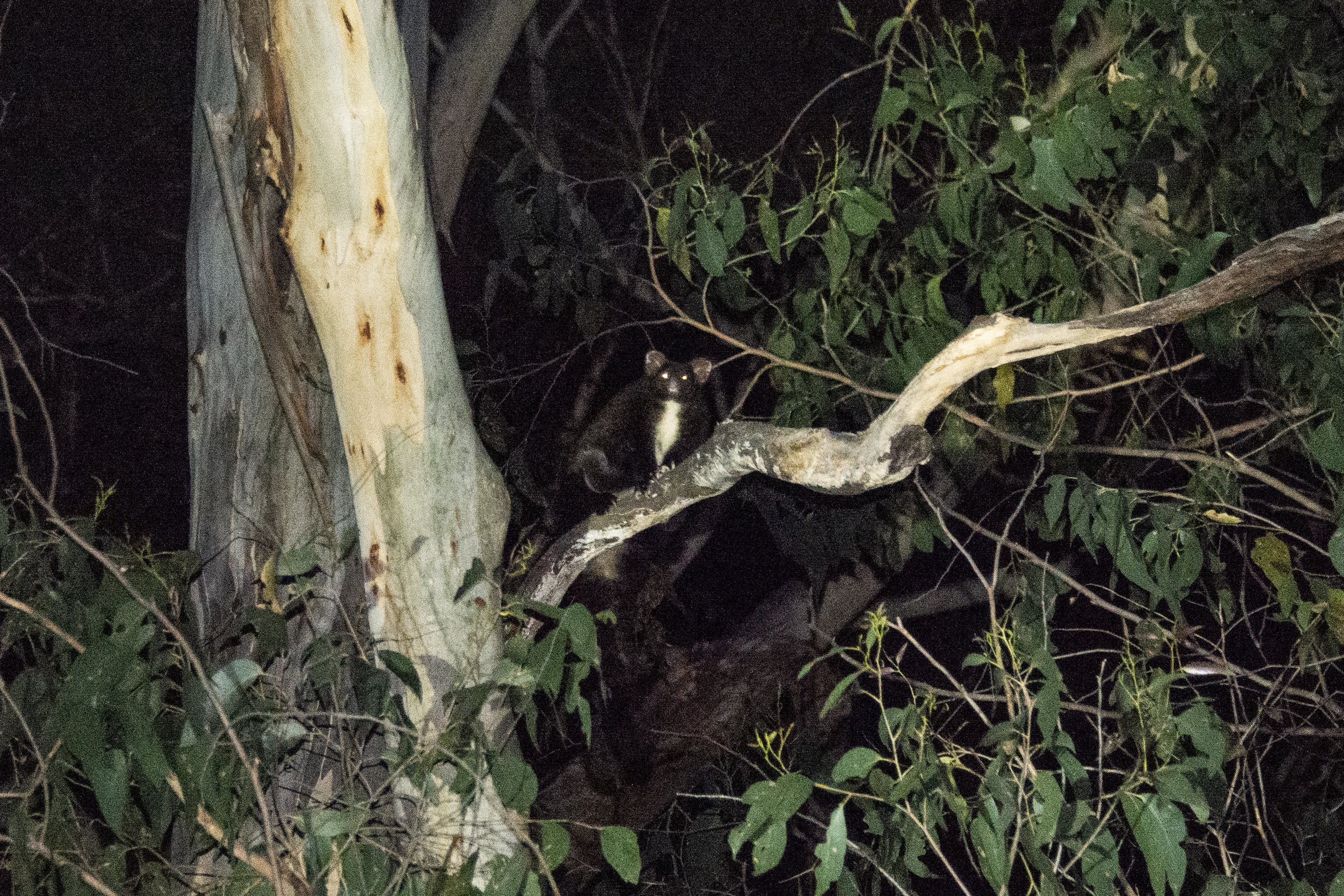 Last night 66 citizen scientists from community groups across Victoria took part in a coordinated big night of surveying for endangered Greater Gliders. Surveys were carried out over 12 areas scheduled for logging, across 6 locations from Toolangi, Black Range near Taggerty, Warburton in the Central Highlands, Alberton West in Gippsland, Colquhoun State Forest in East Gippsland, and Wombat State Forest in the Central West.

60 Greater Gliders were found across the state! Many of these areas will now be temporarily protected by the Kinglake Friends of Forest, Environment East Gippsland and Gippsland Environment Group court case.

President of Kinglake Friends of the Forest, Sue McKinnon, says: “The abundance of gliders found by citizen scientists last night is evidence of the disturbing reality: Greater Gliders and VicForests want the same forests, the few left with big, old trees.”

“This is a massive community effort to protect our native wildlife from extinction. It is shocking that this work is left up to community members. Making sure that endangered species habitat isn’t logged should be the job of government.” 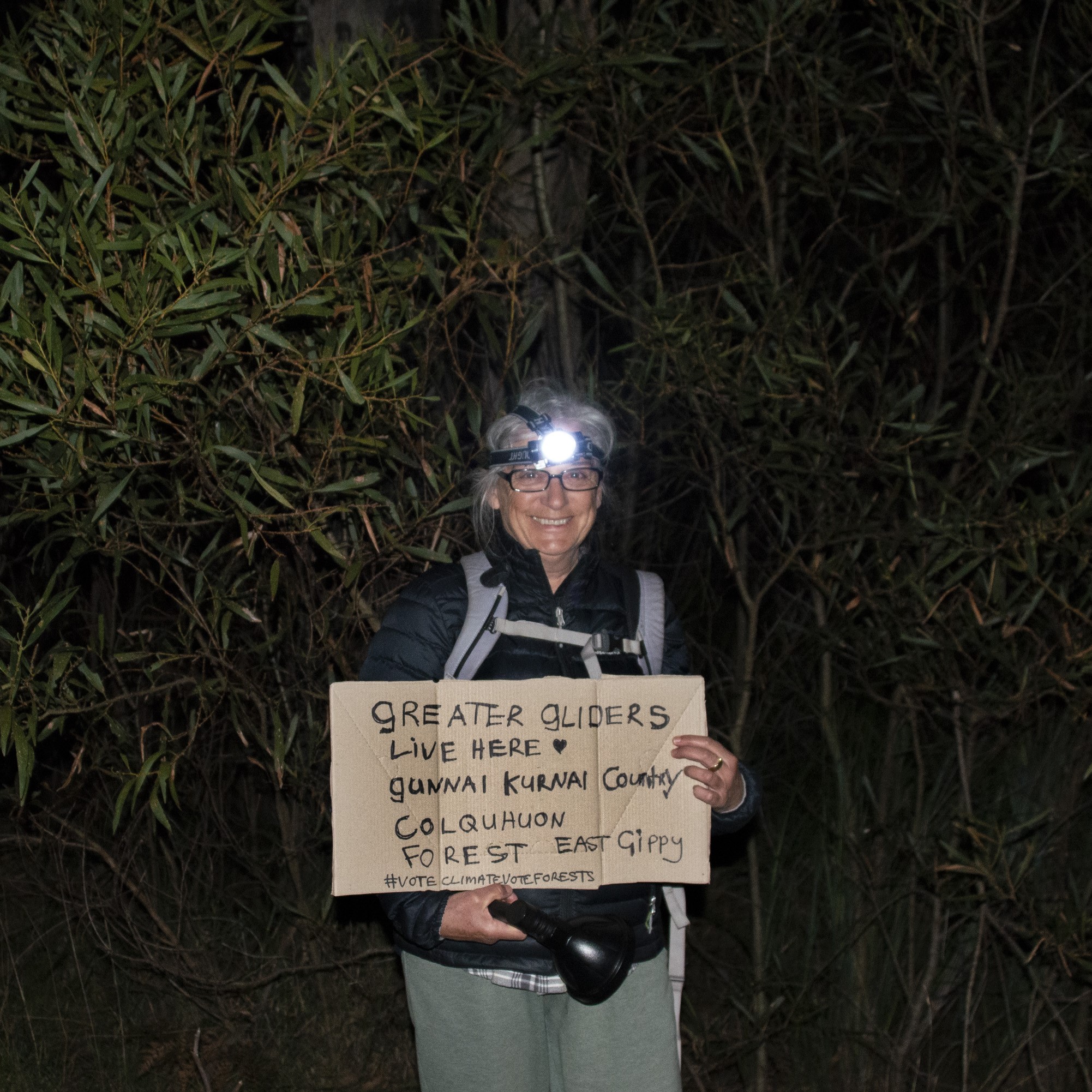 Lisa Roberts from Friends of Bats and Habitat Gippsland said; "We love going out night surveying for Greater Gliders. It's extraordinarily beautiful in the bush at night under bright stars and a moon (even in the cold). We look for eye shine in the night and it's super exciting when we find them!"

"We go out at night surveying for threatened fauna because we're trying to stop logging. It's totally heartbreaking to see bush that we've walked in smashed and clear-felled. Even in the night, logged forest lets in the light, we can see the light of a smashed logged forest from a long way away. Under the canopy of an old intact forest, you only get glimpses of the moon and stars beyond the trees."

The state government does not conduct its own surveys for endangered species before approving logging to go ahead in areas across Victoria. Even when endangered species are found, most receive little or no protection from logging under state laws. Native forest logging is exempt from Federal Environment Laws under so-called “Regional Forest Agreements”. Due to a current court case against state logging agency VicForests, run by community groups Kinglake Friends of the Forest, Environment East Gippsland, and Gippsland Environment Group, confirmed detections of Greater Gliders currently trigger the protection of the forest in which they are found.

The community groups allege that the government logging agency does not survey adequately for Greater Gliders or properly protect them. Expert witness for the community groups, Professor Grant Wardell-Johnson stated in court that Greater Gliders in logging coupes are likely to be dead soon after the logging operation, in some cases from starvation or predation. In July the Greater Glider was uplisted to endangered. Logging of its habitat has been highlighted as a major contributor to an 80% decline of Greater Glider populations over the last 20 years. 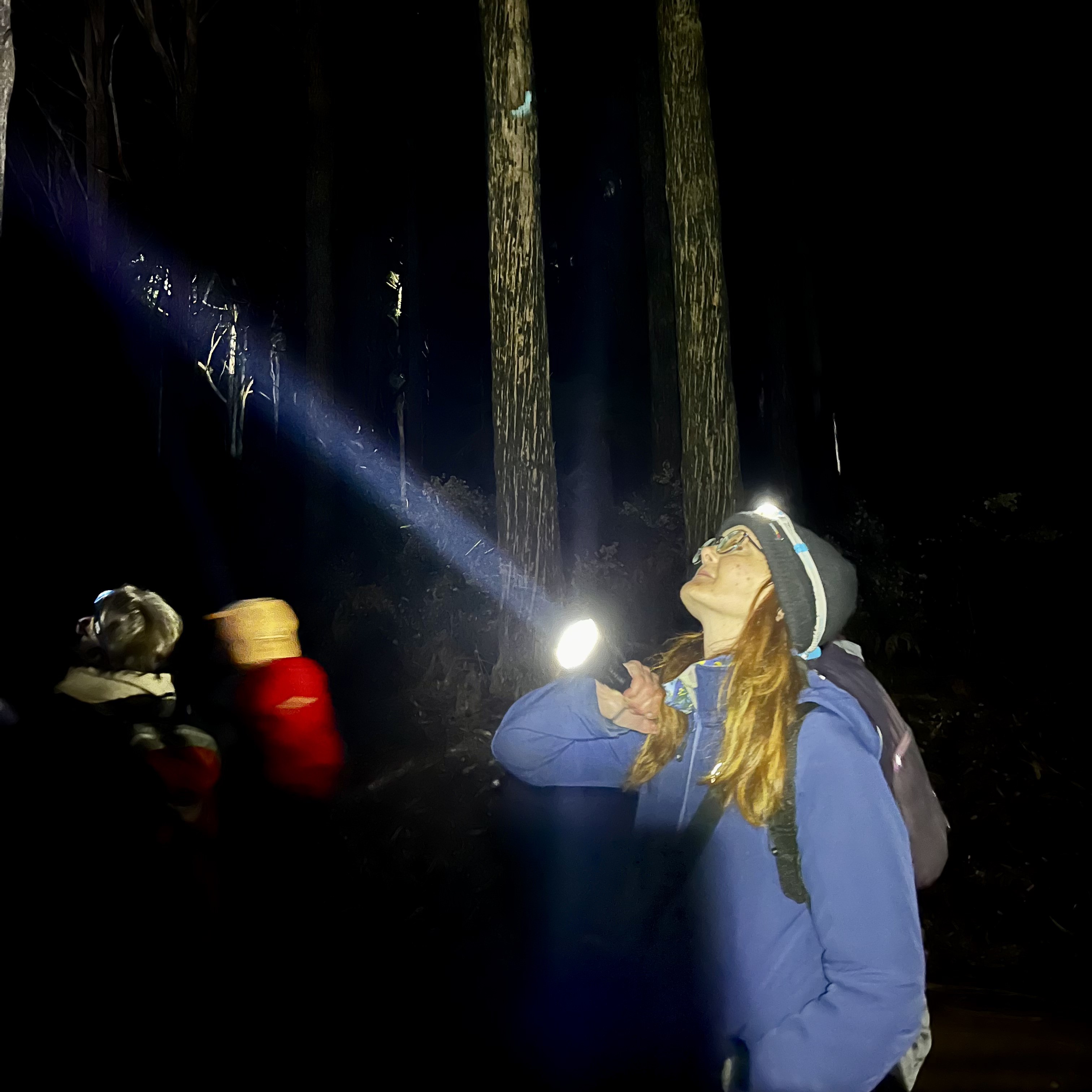 The state government has recently passed new laws that will see harsh penalties for people protesting logging operations as well as citizen scientists surveying in forests scheduled for logging.

Natalie Hogan, lawyer at Environmental Justice Australia, says: “The new laws will not only affect forest protectors engaged in legitimate political expression; they also put the critical role of our citizen scientists in jeopardy as they too face harsh and disproportionate penalties for entering logging coupes to survey for wildlife.”

“Citizen scientists, conservationists, environment groups and members of the community who conduct wildlife surveys play a vital role in collating data for Victoria’s Biodiversity Atlas. The observations collated in the Atlas are crucial for government decision-making – showing where wildlife is now and how this has changed over time.”

“Our vital ecosystems are currently facing increasing threats from logging and climate change, all in the wake of devastating bushfires, and citizen science is more important than ever.”

Contact Kinglake Friends of the Forest for media quotes

Sadly, logging machinery has moved into one of the areas surveyed. VFA member Goongerah Environment Centre (GECO) worked with the Age to expose logging in the area - known to be important habitat for the now endangered Greater Glider.

The Colquhoun is an important area for rare plant species like the Grevillea, and is one of the few places in East Gippsland which wasn't impacted by the 2019/2020 bushfires. Particularly for the Glossy Black Cockatoo it's an important feeding area, these incredible birds feed exclusively on the nuts of Black She-oak trees.

The federal government recently listed the Glossy Black Cockatoo as vulnerable under federal law. Yet in Victoria the species is listed as critically endangered, and their important remaining habitat and feed trees are still being logged in East Gippsland.

Under the devastating 'Regional Forest Agreements' logging gets a special exemption from national environment laws. You can take action and email Federal Environment Minister Tanya Plibersek to call on these dodgy agreements to be scrapped!

Citizen scientists supported by the Victorian Forest Alliance visited Mt Alfred on Gunnai Kurnai Country last weekend to join local environment groups Gippsland Environment Group and Friends of Bats and Habitat Gippsland to survey for endangered Greater Gliders in forests scheduled for logging. Surveyors also stumbled across a large population of Long-flower Beard-heath (Styphelia sieberi) in an area scheduled for logging. This rare plant has a small distribution in East Gippsland, sadly the protections for the species mean that logging can still go ahead where populations are found.

A number of gliders were recorded and reports have been submitted to the government. The glider was only listed as endangered under federal law earlier this month, yet critical Greater Glider habitat is still scheduled for logging by the Andrews government.

Right now, forests where Greater Gliders are found are being temporarily protected thanks to landmark legal action taken by Gippsland Environment Group, Kinglake Friends of the Forest, and Environment East Gippsland. Without the work of these community groups, their legal team, and passionate citizen scientists, many areas would have been logged already.

You can help to stop logging in precious Greater Glider habitat across Victoria by donating to support the case!

Friends of Alberton West raffle to raise funds for wildlife

VFA members Friends of Alberton West Forest are hosting an online raffle to raise much needed funds for wildlife surveying equipment for their local group. The Alberton West State forests have incredible diversity, with its closeness to both Wilson’s Promontory and the Strzeleckis makes it a host for many of Victoria’s most endangered plants and animals.

The forest largely hasn't been surveyed, so this a great opportunity to support the local group to save the habitat of the genetically unique Strzelecki Koala, the Powerful Owl, Lace Monitor, Bush Orchids, Greater Glider and endangered Gang Gangs. Help them raise funds for scientific equipment to assist the group to record the endangered forest species. These tools will enable them to run education programs for all ages within the community. 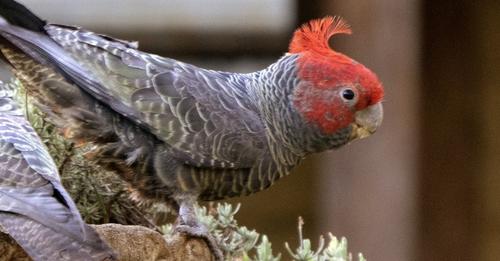 Posted Latest News · May 26, 2022 1:54 PM
We are so excited to share that we are working closely with citizen science groups like Wildlife of the Central Highlands (WOTCH) to conduct paid wildlife surveys in forests up for logging. Together we've already saved a number of areas by detecting the cryptic (and incredibly cute) critically endangered Leadbeater's Possum. We've also spotted lots of Greater Gliders. Thanks to a court case run by our members Kinglake Friends of the Forest Inc and Environment East Gippsland EEG every scheduled logging area with a Greater Glider within 240m is temporarily protected.
We've also visited the beautiful remote Little Dargo River area, getting out into some of the remotest areas across the state to try and protect these incredible forests, home to plants and animals found nowhere else in the world.
Want to get involved in our grass-roots alliance to protect forests?? Sign up to volunteer with us!

Over the long weekend the VFA survey team and volunteers got out to the Little Dargo area where a number of logging coupes are scheduled in the pristine catchment of the Little Dargo river. The area is a rare alpine refuge of mature forests, home to threatened species like Masked Owl, and rare Alpine and Spotted Tree Frog. Thank you so much to VFA members, Save the Little Dargo, for hosting us at the homestead. The team put out wildlife cameras and did some spotlighting for forest owls.

Want to get involved in the Save the Little Dargo campaign? Join their Facebook group to get updates and take action