The Southern Greater Glider has been listed as endangered today under federal environment laws. The species, often described as a ‘gliding koala’, was a common species found in native forests across Victoria, but in the last 30 years has experienced massive declines from the impacts of logging, bushfires, and climate change. The glider is a nocturnal animal that feeds exclusively on Eucalyptus leaves.

The 2019/2020 bushfires wiped out more than a third of the Greater Glider’s habitat. Despite this, the Victorian government continues to log forests where Greater Gliders are found, destroying their habitat. More than 85% of native forests logged end up wood-chipped for paper and cardboard products, and there are enough existing plantations to completely phase out destructive native forest logging. The conservation advice for the Greater Glider released by the federal environment department highlights the importance of protecting hollow-bearing trees, stating that;

Unburnt areas provide critical refuges for greater gliders in regions heavily impacted by fires, as they may be the only areas with the requisite habitat attributes within extensive landscapes for many years 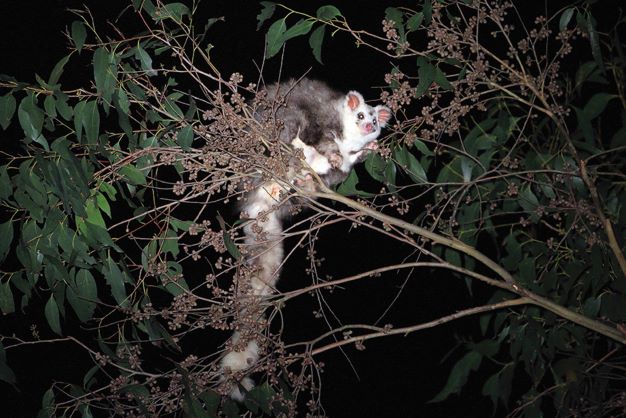 In the report, Stacie Piper, Wurundjeri Traditional Owner, states that: "All native animals on Country are our totems, spirit protectors, including the greater glider. They hold significant roles in the balance of country and our spiritual connections/values. When they are affected, country is affected, we as people are affected."

“It’s been just over 5 years since the Greater Glider was listed as threatened under Victorian legislation. Under the Andrews government, in that 5 years, logging has further pushed this iconic species to the brink of extinction.”

“Despite the devastating bushfires in 2019/2020 which burnt nearly two thirds of the Greater Glider’s habitat in East Gippsland, nothing has been done to protect unburnt areas in other parts of the state to provide a lifeline for this animal in crisis. The links between logging, bushfires, and climate change are well known. These are the key threats to the species, and stopping logging will help tackle all of them.”

“It’s another wake up call for the Andrews government - logging cannot continue in any Greater Glider habitat. The writing was on the wall 5 years ago, and the time for serious action has long passed.”

“This is only further proof that the Andrews government needs to urgently bring forward the transition out of native forest logging to protect the now endangered Greater Glider.”